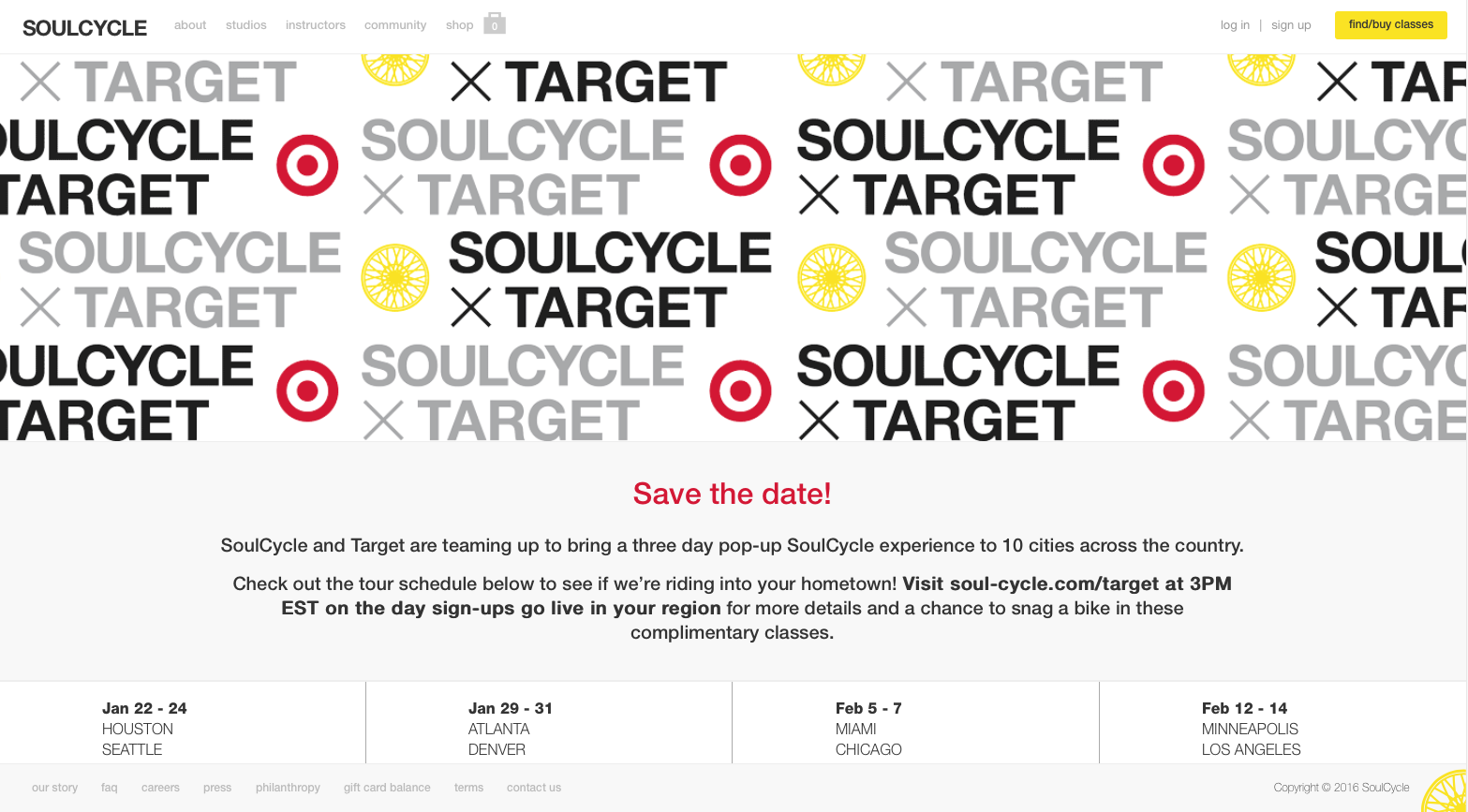 What happens when you combine the behavioral economics principles of scarcity and social proof? It can help brands become unstoppable forces. SoulCycle is said to have revolutionized indoor cycling, also known as spinning. But not everyone knows that because SoulCycle is only currently in select U.S. cities. Even if you don’t have a SoulCycle studio in your city, odds are good that you’ve heard of them…most likely because those who have joined SoulCycle studios are not shy about sharing why it’s amazing. If spinning is your thing, doesn’t it make you feel like you’re missing out?

To mitigate the FOMO (fear of missing out), and to create killer industry buzz, SoulCycle and Target are teaming up to feed the hungry masses. From January 22 to February 14, the two companies are bringing free pop up classes to 10 cities around the country. With limited space available, it will be a frenzy to get into a class and with such great social buzz out there, it won’t matter that most consumers will have never been to a SoulCycle class before (and may not even like it). It’s just the excitement of trying something you don’t always have available to you and something that everyone seems to be talking about.